Introduction to our Sister City,Plymouth;History of our Relationship

In 1989, in recognition of the hundredth anniversary of both Shichigahama Town and the "Takayama International Village," established in the Meiji era as a summer resort for foreigners, Shichigahama sent its first investigative delegation to Plymouth. Plymouth (located in America, in the state of Massachusetts) was identified as a promising candidate for Shichigahama's Sister City due to its similar geography, industry, and population.

Date of the Signing of Sister City Pact

Text of the Sister City Agreement 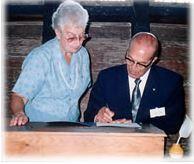 The Town of Shichigahama in Miyagi Prefecture and The Town of Plymouth in the State of Massachusetts are coastal towns surrounded by beautiful scenery.
Shichigahama and Plymouth hereby institute a long relationship of international exchange.
Official delegations, as well as middle and high school students from Shichigahama to Plymouth have established a foundation for our future relationship.
In order to encourage and advance the cultural exchange between our two societies, by means of economics, education, culture, sports, etcetera, we hereby establish a Sister City relationship, to the necessary end of mutual understanding.
Henceforth there will exist a Sister City relationship between the citizens of Shichigahama, Miyagi Prefecture, in Japan, and the citizens of Plymouth, Massachusetts, in the United States of America.
On October 3rd, 1990, in the Town of Shichigahama, in Miyagi Prefecture, we sign our agreement below.

Plymouth, located in southern Massachusetts, on the east coast of America, is a resort town of about 60,000 people, some 60 kilometers from Boston and 320 kilometers from New York City.
In 1620, Puritans who had fled England aboard the Mayflower landed in the New World. They named their new home Plymouth. Blessed with beautiful nature and the bountiful ocean, and now full of museums in which the earliest sights and artifacts of American culture are preserved, Plymouth, known variously as the "Birthplace of America" and "America's Hometown," greets a great number of tourists each year flocking to its famous locales. 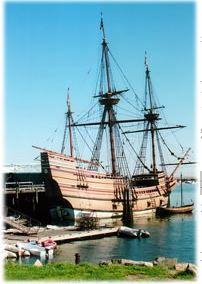 On September 6th, 1620, a group of 102 Puritans set out from Plymouth Bay in England and began their journey across the Atlantic Ocean. Their boat, the Mayflower, weighed a mere 180 tons. Nevertheless on December 21st they finally made landfall in the New World (the southeast of what would be Massachusetts, in America). What awaited them were the harsh New England winters, illness, and insufficient food supplies. Less than half the population survived that first winter. The people's hopes soon turned to despair. However, the Wampanoag Chieftain Massasoit stretched out his hand in friendship to the survivors. Before long the Pilgrims had signed a treaty with the Indians, and had been taught a great deal about the cultivation of corn, the methods by which to catch fish and harvest maple syrup, and other skills essential to life in the New World.
In the autumn of 1621, land cleared by the Pilgrims bore rich fruit, and the residents of Plymouth found themselves once again hopeful. They prayed for a bright future, and to that end invited some ninety Indians, including Massasoit, to a special day of thanks, where was held a great banquet. This was the beginning of "Thanksgiving," one of America's most famous holidays.
In the coming years, more and more pioneers arrived from England and pushed out into the New World. The colonies gradually expanded as well, building the foundation for contemporary America. The story of Plymouth is thus no less than the story of America itself.

September 1991
•To recognize the first anniversary of the Sister City agreement, a delegation of seven people tours the commercial industries of Plymouth

July 1993
•Shichigahama welcomes its second group of thirteen student visitors from Plymouth
•Twenty-three residents of Plymouth, including the Chairman of Plymouth, attend the opening ceremony for the Shichigahama International Village, or Kokusaimura

May 1995
•Shichigahama welcomes one foreign exchange student, who studies at the International Village

August 2000
•Shichigahama sends its sixth delegation of eighteen students to visit Plymouth
•In celebration of the tenth anniversary of being sister cities, three people go on a goodwill visit to Plymouth
•The “Agreement on the Plymouth – Shichigahama Exchange Student Program” is approved (8/11/2000)
•Two students are sent to Plymouth North and South High Schools

August 2010
•In celebration of the twentieth anniversary of being sister cities, Shichigahama sends a delegation of seven people to visit Plymouth

October 2010
•In celebration of the twentieth anniversary of being sister cities, Plymouth sends a goodwill delegation of ten people, including former Plymouth Chairman Quintal, to visit Shichigahama

August 2012
•Shichigahama sends its eleventh delegation of seven elementary and middle-school students to visit Plymouth
•Three representatives including Deputy Mayor Taira, Chairman Sato, and a representative standing in for the Head of the Board of Education also join the delegation to Plymouth

August 2015
•Shichigahama welcomes its twelfth student delegation of twelve people from Plymouth
•Six representatives from Plymouth, including a Selectman, visit Shichigahama and participate in a ceremony celebrating the 25th anniversary of being sister cities

August 2016
•Shichigahama sends its thirteenth delegation of nine elementary, middle, and high-school students to visit Plymouth
•Mayor Terasawa and six others, including members of Shichigahama’s town council, the Superintendent, educators, and members of the Shichigahama International Association visit as a goodwill delegation

October 2020
•The town of Plymouth has its 400th Anniversary, but celebratory events are cancelled due to the spread of the novel Coronavirus.
•The Shichigahama delegation’s planned trip to Plymouth is cancelled. The trainings and exchanges with Plymouth by the youth delegation are conducted remotely. 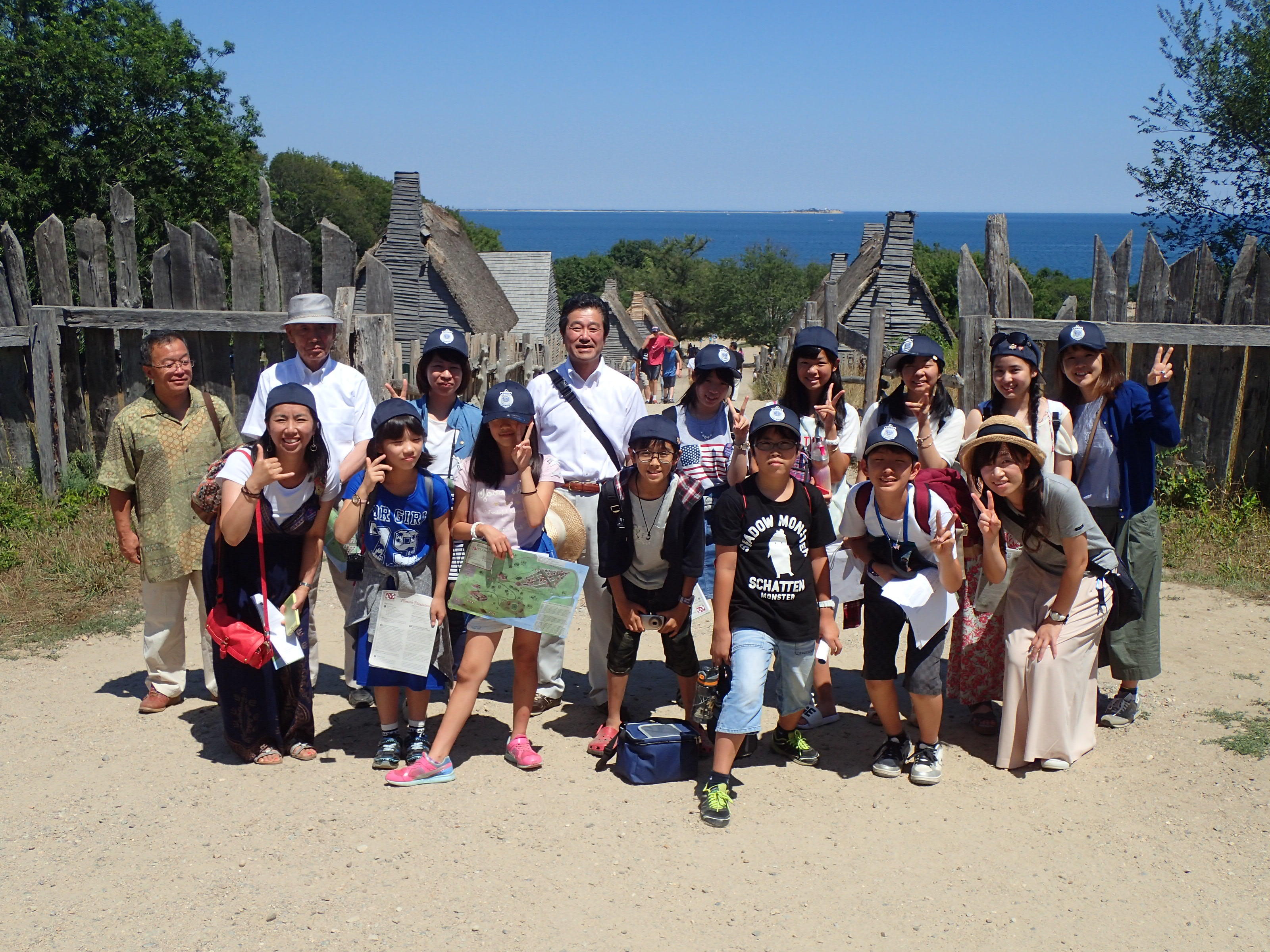 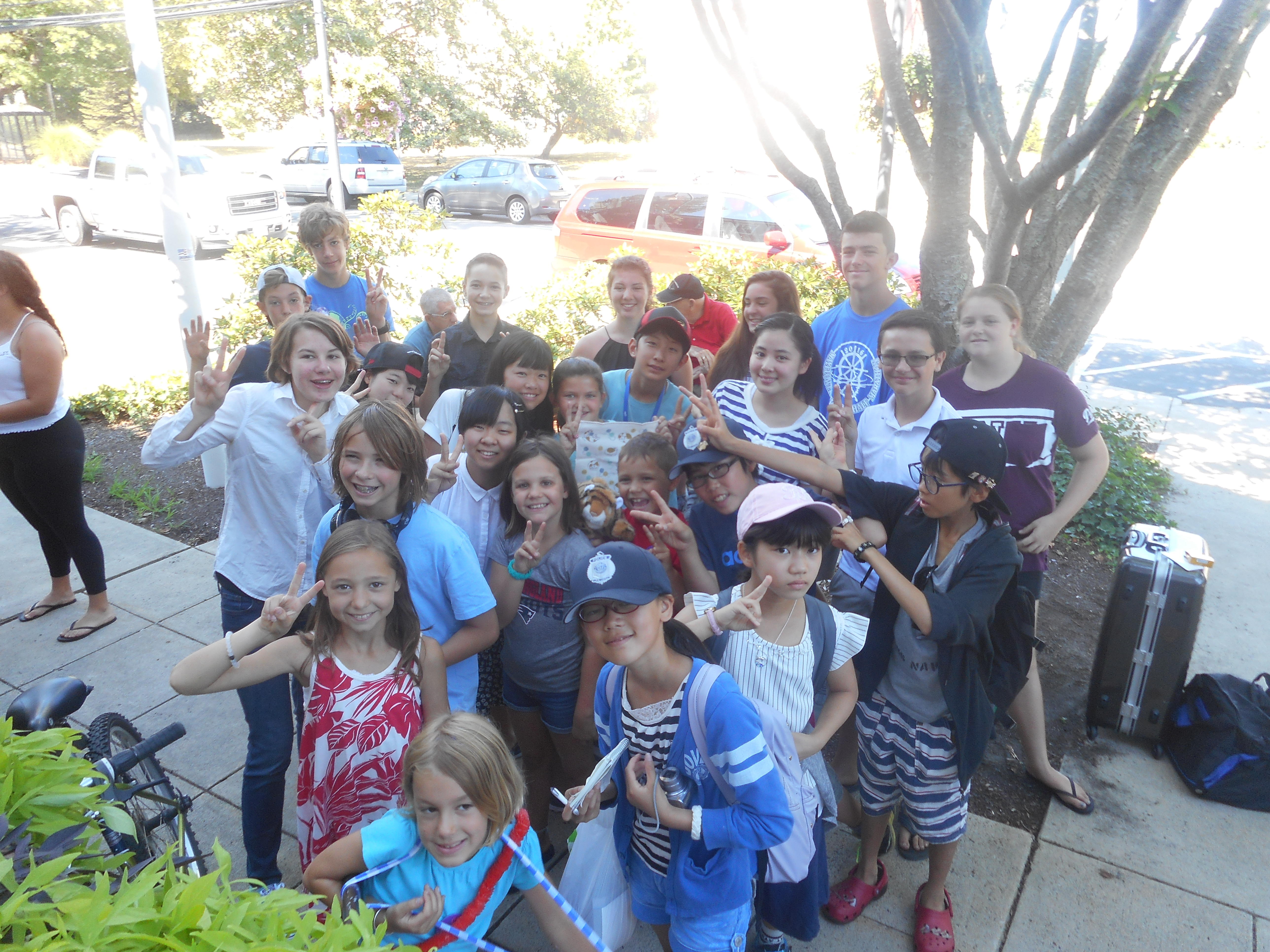 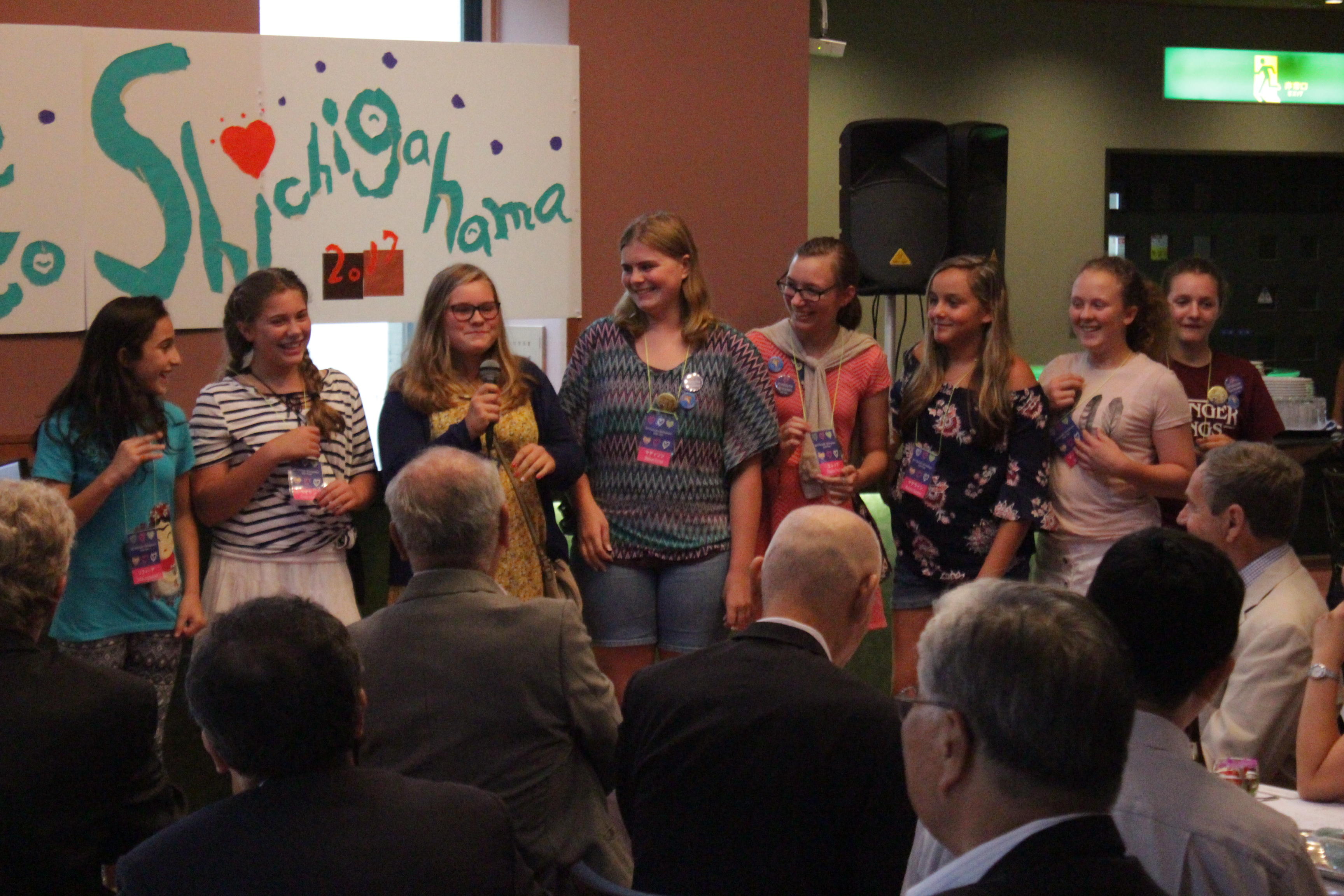 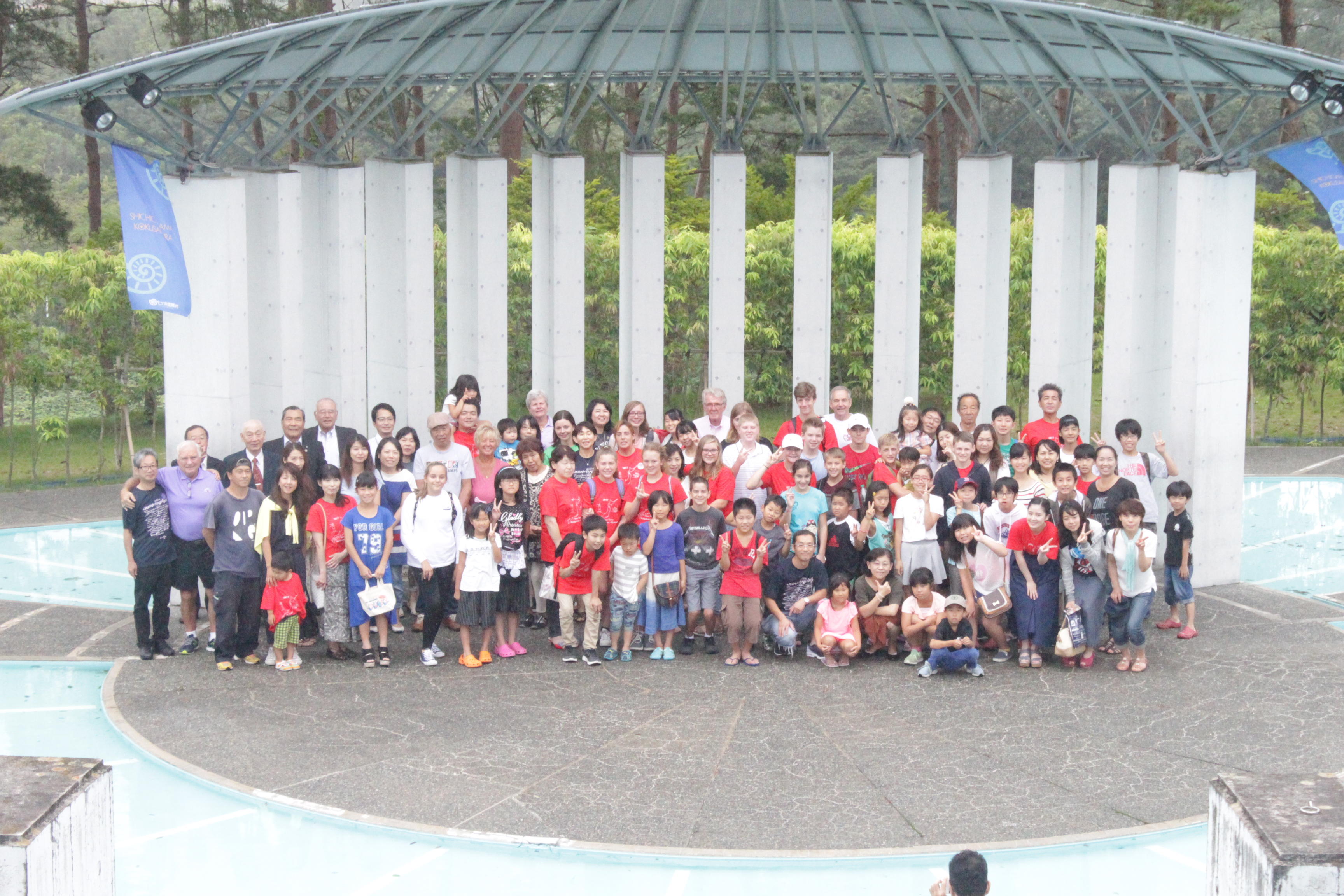 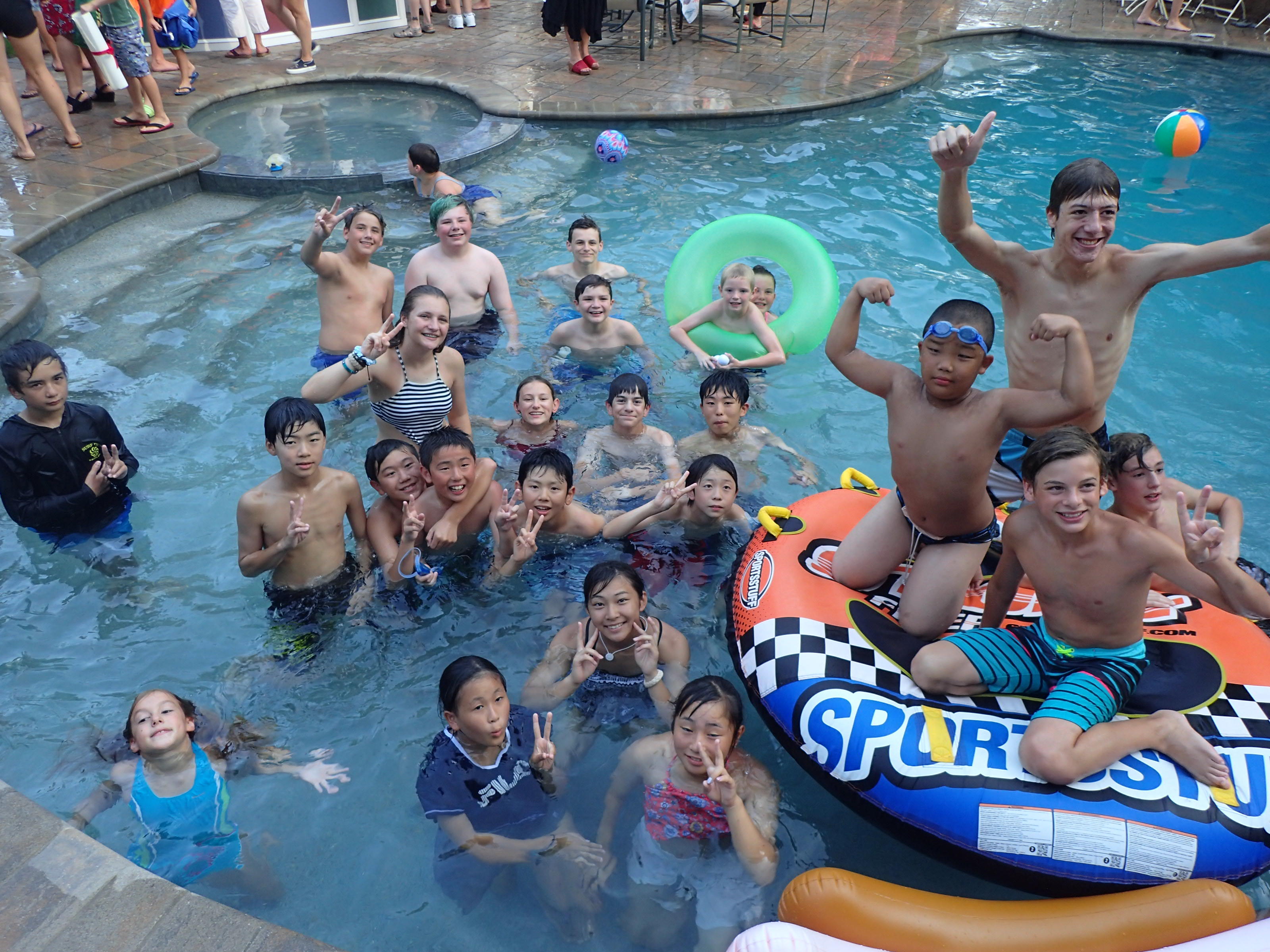 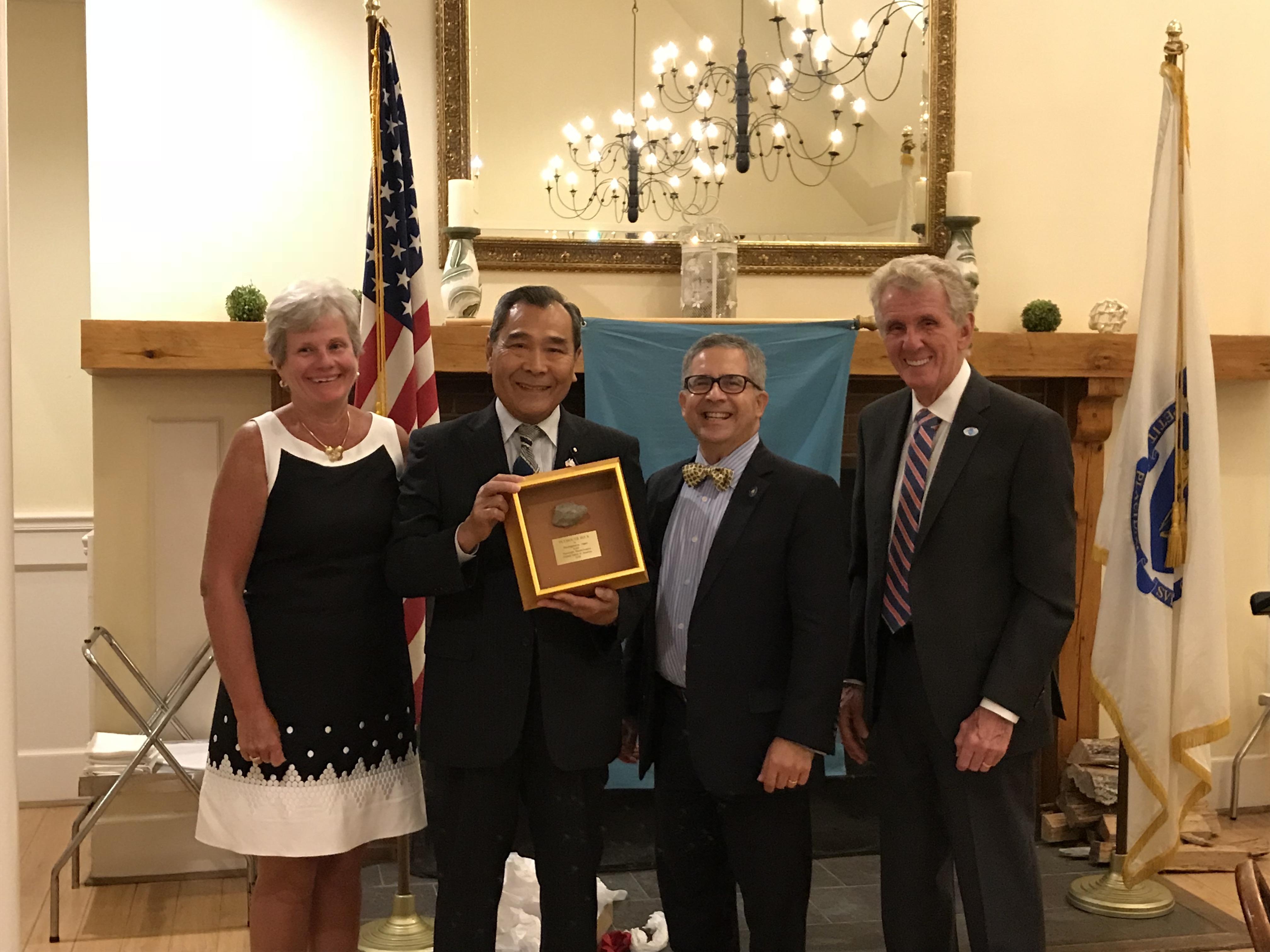 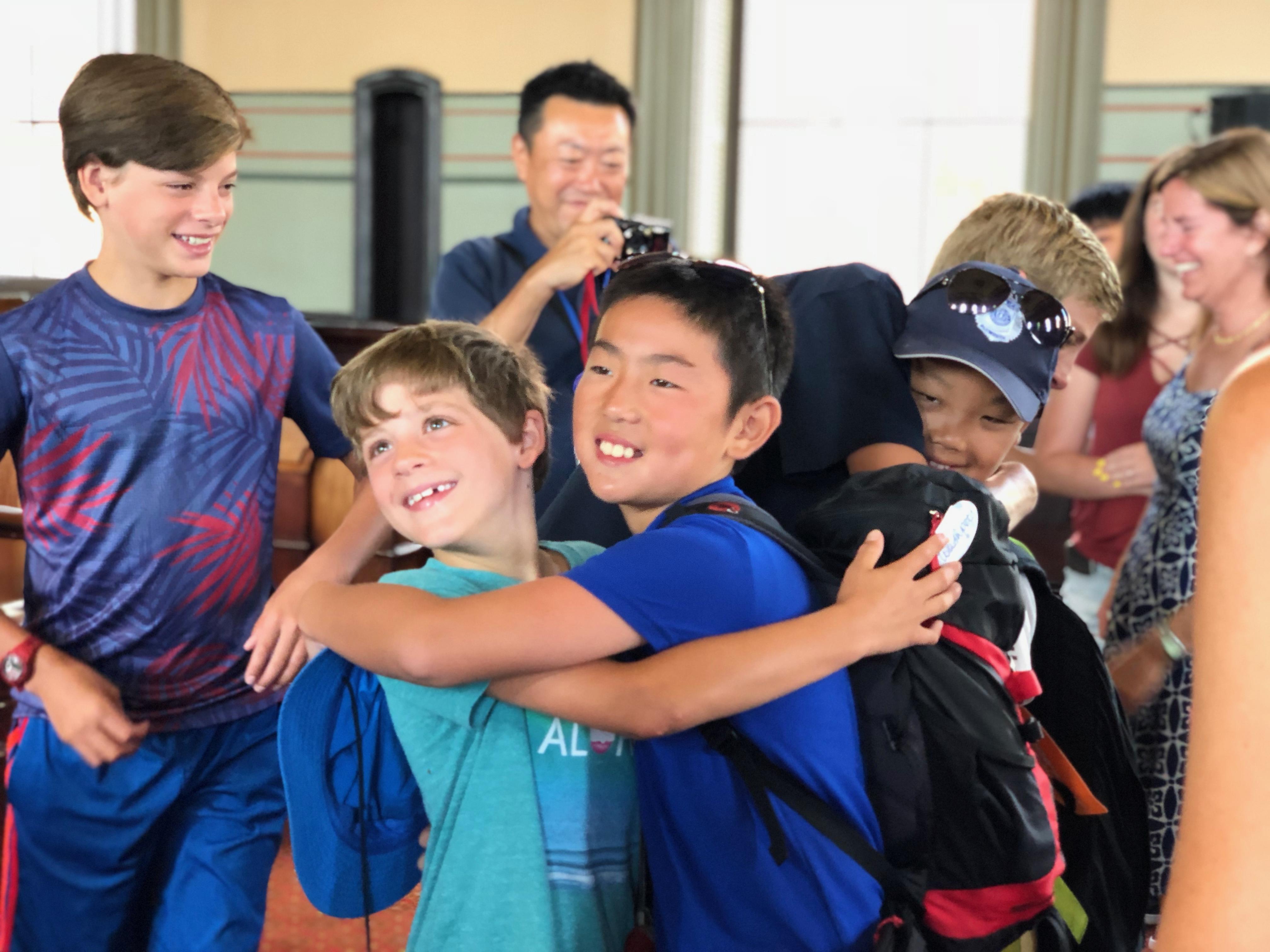 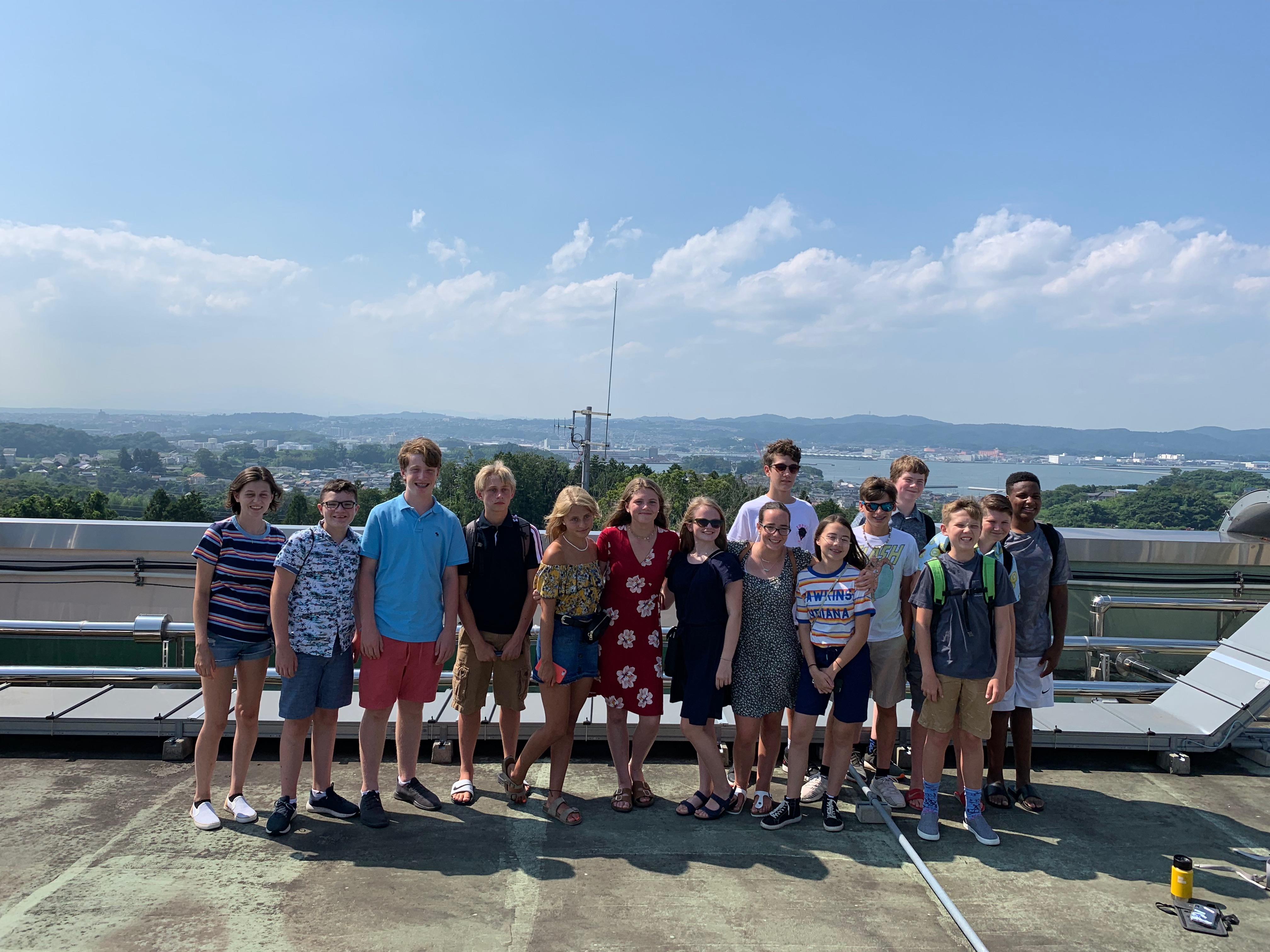 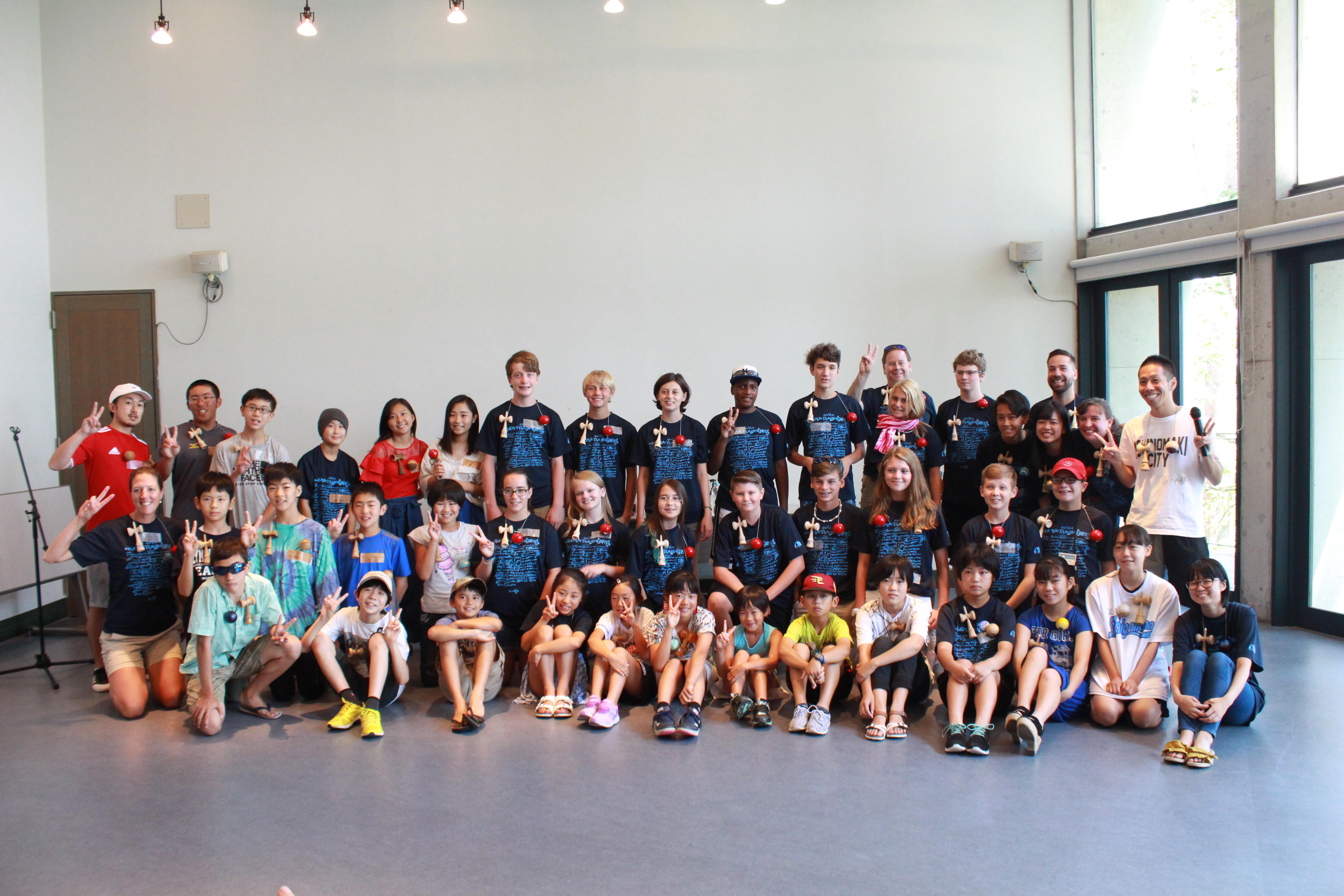